Andrea Dworkin insisted her writing was about women, but it was about men: what they do, why they do it, and which lies they use in their defense. Women couldn’t be subjects, only faceless victims.

Unrecognized, often unpaid, and yet utterly necessary, reproductive labor is everywhere in our lives. Can it form the basis for a renewed radical politics? 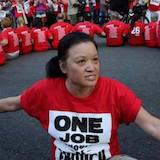 In cities across the country, Marriott hotel workers are forced to work second jobs to pay the bills. We talk with two worker-organizers planning to strike for a fairer contract.

Forty years after its original publication, Dorothy Dinnerstein’s classic study of motherhood still provides a moving portrait of the currents running under interactions between men and women.

Fifty years ago, a protest against the Miss America pageant kicked off a new phase of the women’s liberation movement. We present a narrative history of that landmark protest, as told by the participants themselves.

The Trump administration may have put a hold on separating families. But it is pushing through a range of other measures to keep migrants out—not least women fleeing violence and persecution.

Now we know the issue that unites women across workplaces is abuse by more powerful men, how do we come up with demands that move beyond naming and shaming?

It is in the interest of women of all generations to invent a complex, resistant, and sexually curious strain in feminist thought and action. History can show us how.

The authoritarian offensive has primarily taken the form of attacks on racialized others. We must fight back accordingly.

Set on and around the New York City waterfront, Jennifer Egan’s new novel Manhattan Beach offers a feminism suited to the “lean in” age. 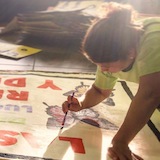 We talk with the Coalition of Immokalee Workers about organizing to fight sexual harassment of farm workers. 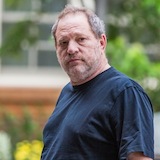 Sexual harassment is a labor issue.