The Agoraphobic Fantasy of Tradlife

The Agoraphobic Fantasy of Tradlife 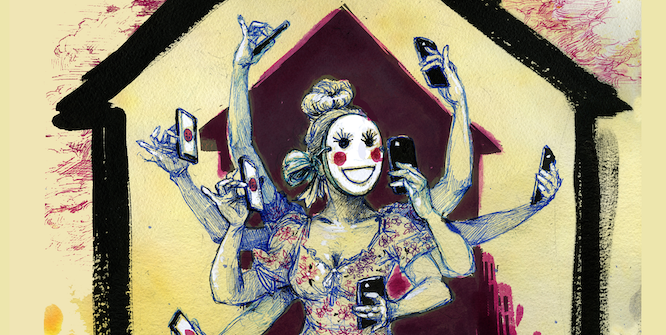 In an increasingly expensive and antisocial world, tradwives forsake life with others for the lonely, constrictive spaces of bourgeois ownership.

Paisley Currah’s Sex Is as Sex Does raises questions about efforts to achieve equal recognition under laws that sanction repression and inequality.

Two political prisoners arrested for questioning the Thai monarchy have been on a life-threatening hunger strike for over a week. The government has met their demands for the right to free expression with silence.

A roundtable on Dobbs and organized labor.

A new book of poems from a workshop at Attica in the 1970s reveals how prisoners resisted the dehumanizing effects of incarceration.

Independent filmmakers offer a vital portal into the struggle against the theocratic regime.

Religious conservatives see “anti-eugenic” state laws as the most promising avenue for establishing a federal ban on abortion. Much of the feminist left is ill-equipped to deal with this threat.

After a three-day strike, the New York State Nurses Association announced it had reached tentative agreements with two hospitals that will strengthen safe staffing standards.

Even in the Roe era, access to abortion was limited, hard-fought, and dependent on local conditions.

Graduate students won a major raise after five weeks on strike. The victory is a product of the militancy that has pushed the union to the vanguard of organized labor in higher ed.

Healthcare and education have been at the center of pandemic labor struggles. Two rank-and-file leaders from these fields join the podcast for a live episode.

The new leader of the British union Unite is meeting workers’ militant mood with a strategy rooted in the workplace.