A preview of our Fall 2020 issue, Technology and the Crisis of Work, guest-edited by Katrina Forrester and Moira Weigel. 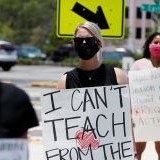 Three education workers talk about school reopening, and their struggle to protect their health and that of their students.

Matt and Sam are joined by New York Times columnist Jamelle Bouie for a wide-ranging discussion of how conservatives (and liberals and leftists) use American history to make political claims in the present.

The athletic strikes may have been short-lived, but they made a huge impact, disrupting the pretense of normalcy that sports entertainment normally helps viewers create.

After a plea from Governor Whitmer, nursing home workers will suspend a planned strike for thirty days while negotiations continue. The drive for collective action comes after months of stress and anguish.

As public fear rises over potential disruptions to mail-in voting in the lead-up to the election, we talk with three postal workers about what’s happening to our mail and the people who handle it.

Rosa Carreño hopes her new union will lead to more support from the state. “The parents can’t go to work if they don’t have a safe place for their children to stay.”

A conversation with historian Samuel Moyn on the Never Trump movement, a collection of conservative intellectuals and Republican operatives trying to consolidate the so-called political center against not just Trump but also the left. 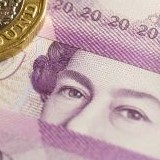 The beginning of the pandemic saw governments around the world experimenting with ways to pay people to stay home. What have we learned?

Sephora workers are weighing their growing economic insecurity against the health risks of returning.