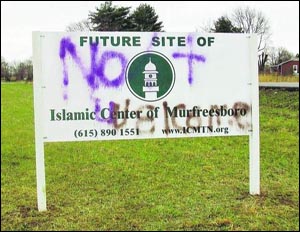 ON DECEMBER 2, 1978, a balding, rotund man in a military uniform announced that Sharia law was coming to Pakistan. The man was General Muhammad Zia-ul-Haq, and in the next few months, as Soviet troops poured into neighboring Afghanistan, he would hang a prime minister and declare himself the ruler of millions. To enable his rule, the general hit upon a ruse that would prove invaluable. He plucked a familiar and ambiguous term, Sharia, and slyly inserted it into politics as an imprimatur of legitimacy for his coup, making dissent not simply illegal but sinful. Zia would select bits and pieces of Sharia—choice portions whose medieval character fulfilled Pakistan’s post-colonial yearnings for authenticity—and proclaim the country Islamized, its population hence sanctified.

Sharia as a political concept was not midwifed by Zia alone. Some hundreds of miles west that same winter, Iran’s secular Left had been silenced by the Ayatollahs’ ability to mobilize millions with promises of Sharia. On February 11, 1979, the Iranian Left would die as the Islamic Republic of Iran was born. Like Pakistan, Iran was condemned to the silent terror of a regime that construed political dissent as a renunciation of faith.

Few Americans had considered these annals of history until recently, when the conundrums of distant wars afforded them some space within a crowded public sphere. But their story now possesses great political potency. If rabid military rulers and Ayatollahs have been the representatives of Sharia and its draconian edicts, then opposition to Sharia in all its forms must necessarily be the liberal position. If Muslims in Iran and Pakistan were made to believe that opposing Sharia was discarding faith, Americans opposed to lurid tableaus of flogged women and amputated limbs must hold that any support for Sharia is an endorsement of divine meddling in the affairs of men, a suggestion that the God of a particular faith can transcend the U.S. Constitution. Those supporting pluralism, the freedom to disbelieve, and the separation of church and state must necessarily oppose it.

But the advocates of a ban on Sharia law—the sponsors of anti-Sharia legislation in Oklahoma, Tennessee, Louisiana, and several other states—have framed their argument with the same sort of fear-inflected vitriol that Islamists used in their efforts to garner support for politicized Sharia (and hence themselves). Islamists touted Sharia as a bulwark against Western-sponsored moral decay and imperialism in Iran and Pakistan; the anti-Sharia contingent warn of the encroachment of an illiberal, anti-constitutional, parallel legal system in the United States and Europe. In each case, Sharia is adapted to the purposes of the user: draconian punishments that treat rape victims as adulterers and fornicators in Pakistan and Iran, or an insidious mechanism in which even acts of prayer can serve as an endorsement of Islamism and jihad in the West.

ANTI-SHARIA CAMPAIGNERS claim that the American legal system is deeply threatened by the incursions of Islamic law—that without an explicit ban on Sharia law, U.S courts are likely to be cornered into endorsing and enforcing illiberal concepts. A frequently cited example is a case in New Jersey in which a trial court refused to grant a Muslim woman from Morocco a protective order. The wife told the court that her husband, in justifying his abusive treatment of her, always said, “this is according to our religion. You are my wife, I c[an] do anything to you. The woman, she should submit and do anything I ask her to do.” In denying the woman the protective order, the court said,

This court does not feel that, under the circumstances, [sic] that this defendant had a criminal desire to or intent to sexually assault or to sexually contact the plaintiff when he did. The court believes that he was operating under his belief that it is, as the husband, his desire to have sex when and whether he wanted to, was something that was consistent with his practices and it was something that was not prohibited.

The New Jersey case is popular among advocates of a ban on Sharia law because it lends credence to the proposition that Islamic law is leading American courts away from principles of gender equality and toward condoning misogynistic cultural beliefs. But the portion of the proceedings usually omitted from discussions about Sharia is that the decision was consequently overturned by an appellate court. The higher court held that the trial court in question had abused its discretion “by not noting an egregious act of domestic violence had been committed against the plaintiff,” and it granted a restraining order to the woman.

The process of appellate review is not the only safeguard built into to the procedural and constitutional jurisprudence around religious minorities in U.S courts. There is also an existing Supreme Court precedent that prevents trial courts from making just the sort of religious interpretation entertained by the trial court judge in the New Jersey case. According to the “neutral principles doctrine,” developed in the 1970s in a series of cases involving religious litigants, the Supreme Court held that civil courts may not determine ecclesiastical questions in the process of resolving property disputes but may apply neutral principles of property and contract law. In another case, Presbyterian Church in the U.S v. Mary Elizabeth Blue Hull Memorial Presbyterian Church, the Court faced a local church that sought an injunction against the national church under the argument that the latter had strayed too far from its teachings. The Court held that the First Amendment of the U.S Constitution “provides religious bodies the freedom from having their doctrines and beliefs judged or defined by civil courts and that this freedom is clearly jeopardized when litigation turns on a court’s resolution of controversies over religious practice or doctrine.”

While these cases created precedents for what U.S civil courts cannot do, others defined the bounds of permissible judicial interpretation in cases involving religious litigants, so that entire communities would not be excluded from the possibility of availing themselves of the court system for dispute resolution. The case of Avitzur v. Avitzur (1983) involved a Jewish couple who had signed a ketubah, or Jewish marriage document, which required the husband to appear before the bet din (rabbinical court) if he wanted to obtain a get, or Jewish divorce. The husband refused to comply with this last requirement, and the wife sought enforcement by the court. A New York court ruled in her favor, saying that “although the contractual obligations were grounded in religious belief, this did not preclude enforcement and that the enforcement was constitutional since it did not require the court to decide any doctrinal issues of religious interpretation.” Thus U.S civil courts are not precluded from enforcing, say, Islamic marriage contracts, provided that the clauses in question do not require the court to engage in religious or doctrinal interpretation.

U.S. contract law places further limits on the enforcement of such religious contractual provisions in family courts. In the case of In re Marriage of Shaban, a California court refused to honor an Islamic marriage contract solemnized in Egypt that limited the wife’s claim on marital property to a negligible sum of five piasters, on the basis that the contract did not represent a “true meeting of the minds”—a basis on which courts routinely evaluate contracts. In another case involving an Islamic marriage contract, Akileh v. Elchahal, a Florida court enforced the payment of $50,000 to the ex-wife of the defendant on the basis that their religious contract met the requirements of a secular prenuptial agreement, and was thus enforceable by a U.S civil court. Both cases demonstrate an existing flexibility that prevents unconscionable or inequitable clauses in any marriage contract, Islamic or Jewish, from being enforced.

While principles of contractual interpretation and the Establishment Clause of the First Amendment ensure that courts cannot get into the business of doctrinal interpretation or the enforcement of clauses that are contrary to public policy, the First Amendment’s balance of rights is maintained by the concomitant safeguards of the Free Exercise Clause, which similarly prevents courts from denying to Muslims the rights already available to other religious groups in the United States. This means that Jewish rabbinical courts that grant religious divorces, as well as religious arbitration and mediation services such as Christian Peacemaker Ministries, have created a precedent through which similar courts based on Sharia principles can provide such services to American Muslims. Of course, if such courts contravene principles of “public policy” or show a “manifest disregard for the law,” then U.S. courts can overturn their decisions.

THE UNIQUE American balance between religious freedom and the neutrality of government institutions—between the Establishment Clause and the Free Exercise Clause—is one that has sustained and maintained the diversity of American religious life for centuries. The current onslaught against Sharia law holds that American Muslims are an unusual and particularly virulent threat that requires an abandonment of constitutionally mandated rights and liberties. This is a scheme to demonize American Muslims, and an attack on the idea of a religiously inclusive United States. The versatility of the American legal system lies in its very ability to deal with such challenges without abandoning the central principle of equal claims to liberty for all religious groups.

Sharia and its political casting have become a point of contestation around the world, and these high-pitched battles have had the effect of sidelining context. When a term like Sharia rears its head in Pakistan, it brings with it the image of a masked man whipping a woman. But Sharia does not mean the same thing when it appears, for example, in the text of a Texas marriage contract between an accountant and a teacher who are battling each other over who gets the car and who keeps the house. Those who refuse to separate out such cases hold entire communities responsible for the political machinations of distant actors whose use of Sharia may share only scant resemblances with its use in the United States. But the same name does not mean the same faith. Pakistanis and Iranians need to develop a discourse where opposition to aspects of Sharia is not construed as a rejection of faith. U.S. citizens must expose the homegrown anti-Sharia movement as an onslaught against a long, rich history of legal pluralism and religious diversity that is uniquely and proudly American.

Rafia Zakaria is an attorney and author of Silence in Karachi, forthcoming from Beacon Press. She is a columnist for Dawn, Pakistan’s largest English-language newspaper, serves on the Board of Directors for Amnesty International USA, and is a Ph.D. candidate in political philosophy at Indiana University.