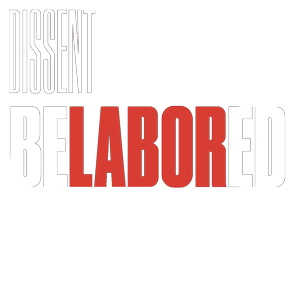 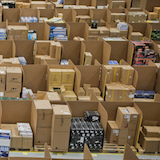 On Amazon Prime Day warehouse workers around the world took action against the company. We hear about some of the organizing going on in fulfillment centers from Germany to New Jersey. 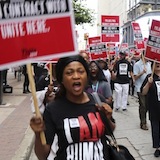 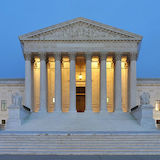 The day labor has been dreading is here: the Janus v. AFSCME case was decided by the Supreme Court, and the public sector is now “right-to-work.” But what does this actually mean for workers?

We check in on worker-led activism across the country, with interviews on UPS and AT&T strikes, behind-the-scenes resistance at Google, and the public banking movement. 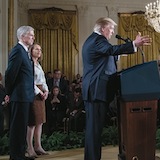 Rev. Liz Theoharis, co-chair of the Poor People’s campaign, joins us to talk about why people are marching across the country against poverty and for economic justice.

In a series of interviews from Labor Notes, Sarah and Michelle talk to worker-organizers from South Korea, Puerto Rico, Minnesota, and beyond about building rank-and-file power around the globe.

How do we advocate for workers when the rules are rigged against us? Sarah and Michelle sat down with four teacher organizers for a special panel discussion at the 2018 Labor Notes conference. 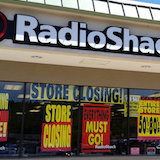 As Toys “R” Us shuts down, we talk with Carrie Gleason of the Fair Workweek Initiative about the future of retail—an industry that employs ten percent of working Americans.

We talk to three West Virginia teachers about why they went on strike, how they won, and how the labor movement can carry their momentum forward.

Facing a legislative onslaught, the labor movement must rediscover its fighting spirit—and find ways to turn the GOP attack to its own advantage.