As the COVID-19 pandemic spread, it became clear that for many in business and government, working people are worth only what we can contribute to the accumulation of profits; if we’re not productive, we’re expendable. While many have been forced to stay home and worry about how to pay the bills, others are working longer and harder in newly dangerous conditions. Since March, we have been collecting short stories about what workers are facing during the crisis, and how they have been fighting back, eight of which you can read here. For more stories, visit the Dissent website, where we continue to bring you the latest updates.

Let’s Shut It Down

Food service and retail workers in North Carolina, organizing with NC Raise Up, the local chapter of the Fight for $15, are on strike today after being deemed “essential workers” yet treated as anything but. Jamila Allen, who works at regional fast food chain Freddy’s, told me she’s striking “because we need healthcare for everybody.”

At Freddy’s, she said, only the drive-thru is currently open and the workers have been given some cleaning supplies, but she’s heard from others that they’re being denied the basics. It’s been a year since she’s been part of the Raise Up campaign, and she worries about family members without access to healthcare. “Paid sick leave is also something that we need,” she said. “Not just the coronavirus but if somebody just gets a cold or the flu or whatever, they have to be out of a job with no pay.”

Other workers, she said, have had their time cut back—she’s one of the longest-standing workers at her store, so she is essential, but others are losing hours, which means losing money. The drive-thru remains busy, she said. “A lot of people are still coming but a lot of those people might have the virus. They might be scared of me because a lot of people keep their windows rolled up every day. I have to touch money every day. Even though I might have gloves, a lot of people touch money. That’s the part that really scares me.” She also worries about using public transit in this time. “I ride the bus. Just in case somebody has the coronavirus, they don’t know that they have it, they touch something on the bus, and I have to get on the bus and then go to work with my coworkers and other people in the drive-thru.” 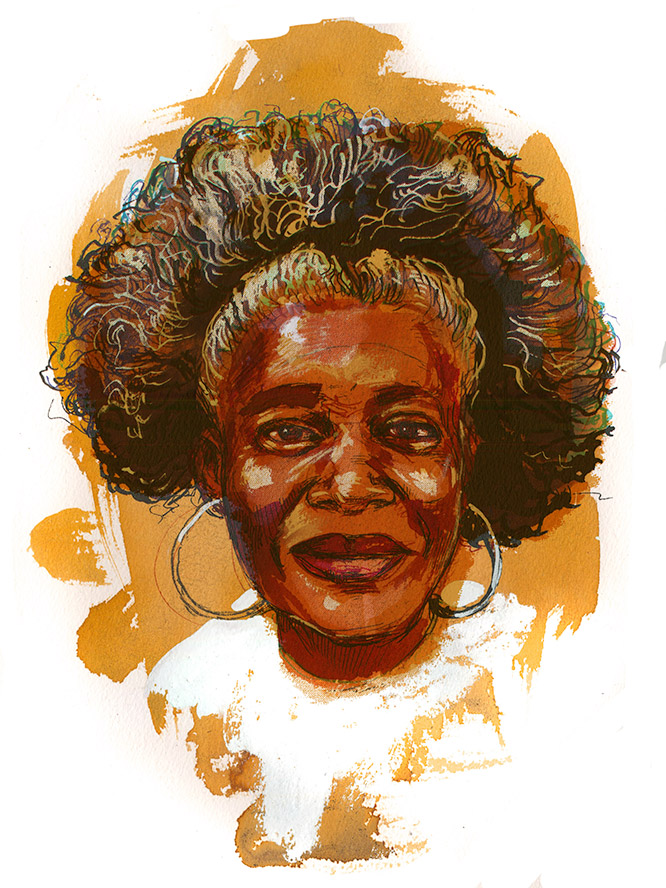