To envision a global Green New Deal requires a serious effort to grasp the deep inequities of the international economic order. 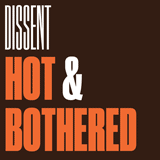 XR promised to transcend politics as we know it. Yet politics has a stubborn way of catching up with those who disavow it.

The Green New Deal will need to be subject to constant vigilance and pressure—from experts who understand exactly what it will take, and from social movements that have decades of experience bearing the brunt of false climate solutions.

In the Global North we often act as if our future will be a warmer version of today: liberal capitalism, plus flood insurance, minus coral reefs. That future is a fantasy.

At Friday’s climate strike and the protests that followed, the “convergence of struggles” long championed by the French left began to take shape. A dispatch from Paris.