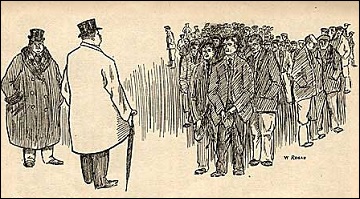 If you are concerned about rising poverty rates in the United States, you are not alone. Surveys of American voters consistently reveal substantial majorities (around 60 percent of respondents) that say rising poverty in this nation is a major concern. Slightly smaller majorities agree that government should intervene on behalf of poor families and children. Renewed Occupy Wall Street demonstrations this spring should keep poverty and inequality in the news cycle. In a Pew research poll released in January 2012 (the most recent polling available on the issue), 66 percent of respondents agreed that there are “very strong” or “strong” conflicts between the rich and the poor—an increase of 19 percentage points since 2009. Many identify with the 99 percent, and wish to assist those who are experiencing frightening economic insecurity, but do we know what it will take to change the situation?

There is no mystery about the most immediate way to begin reversing the national shame of rising domestic poverty. The answer, however banal it may seem to some readers, is that we need to work as hard as possible to re-elect President Obama. Beyond that, we must turn, in far greater numbers than Tea Party types, to sustained grassroots politics and work to elect as many Democrats as possible to the House and Senate. Demonstrations and occupations are essential for mobilization and raising consciousness about the social costs of inequality and poverty. But the protesters in Wisconsin are showing us that mass rallies and street protests eventually need to generate serious grassroots voter organizing, or what is a political movement in a democracy for?

NOT EVERYONE, of course, sees poverty as a problem. Take the recent assertions of Robert Rector, an “expert” on poverty issues in the United States, insulated in smug comfort at the American Enterprise Institute: “most people whom the government defines as ‘in poverty’ are not actually poor in any ordinary sense of the term. While material hardship does exist in the United States, it is restricted in scope and severity.” Rector and others on the right deny the evident and precipitous race to the bottom that has been going on since the Reagan 1980s. They are always quick to play distracting statistical games to prove that the poor in America are not really counted properly, or that they are not really poor at all.

Rector and his AEI colleagues are especially fond of citing the 2009 U.S. Housing Survey counts showing, for example, that 80 percent of poor households have air conditioning, when in 1970 only 36 percent of the U.S. population enjoyed that “luxury.” And about three-fourths of the poor have a car or truck. Imagine that? “Liberals,” Rector notes, “use the declining relative prices of many amenities to argue that it is no big deal that poor households have air conditioning, computers, and cable TV. They contend that even though most poor families have houses full of modern conveniences, the average poor family still suffers from serious deprivation in basic needs, such as food, nutrition, and housing.” Rector never mentions that poverty rates are highest in the nation’s hottest states (for instance, in Arizona, 15.2 percent, and in Texas, 16.2 percent), where a sizeable chunk of the Republican base are elderly people on fixed incomes who would not be there without air conditioning.

Let’s put aside the tedious argument about whether you should be considered poor in America if you have cable television, or air conditioning, or a car, and remember that among the most basic aspects of impoverishment as it is experienced in America today is lack of health care. There are now about 51 million people in the United States without any health insurance, and about 46 to 50 million people below the official poverty income. The two populations are not the same, but the overlap is enormous and will only increase as the attack on Medicaid for the poor and disabled continues. It costs about $14,000 a year to insure a family of four. That sum would amount to 40 percent of the annual income of a household in the near-poor income category. Thousands of American mothers and fathers learned this cruel fact as the economic crisis carried away their jobs and health-care benefits after 2008, or when their employers moved them into contingent work and stripped away their health insurance and other benefits. While many ask whether providing care to the poor is too expensive, the real question is, how we can afford not to? And as imperfect as the 2010 Patient Protection and Affordable Care Act is in contrast with a genuine single-payer system, the policies Republicans revile as “Obamacare” would do more to reduce U.S. poverty rates than any other single measure now under serious consideration in Congress.

THE NEWEST aspect of impoverishment, revealed in U.S. Census figures since 2010, is an unanticipated jump in near-poor households. The nearly poor, or “almost poor,” defined as the population below 150 percent of the official poverty level, number about 50 million, bringing the total number of poor and near poor in the United States close to 100 million. Within the ranks of the officially designated poor are the very poor, who live below 50 percent of the official poverty line (an annual household income below $11,500). This population, where daily hunger, crime, and a host of other social ills are most acutely felt, is disproportionally black and Hispanic, children of single parents of all races residing in rural hamlets and inner-city neighborhoods, and undocumented immigrants. The near poor, however, are demographically much more like America’s image of itself: white, married, suburban. Half live in households headed by a married couple; 49 percent live in the suburbs. Nearly half are non-Hispanic white, 18 percent are black, and 26 percent are Latino. As a result, the Affordable Care Act is “neutral” on issues of race and ethnicity. Unlike such vital programs as the Supplemental Nutrition Assistance Program (“food stamps”) or subsidized school lunches, it does not have the political disadvantage of appearing to favor racial minorities and immigrants.

About 20 percent of the near poor live in households that would have been below the poverty threshold but were lifted out of “official” poverty by government benefits like Medicare, Medicaid, and food stamps. The majority of near-poor households, however, are downward sliders. These folks have fallen from a more secure niche in the middle class over the past few years due to higher expenses and lower incomes. The most important cause of their increased precariousness is medical crisis. In 2010, health-care bills pushed about a million-and-a-half households, or about 6 million people, into the ranks of near poor. Increased transportation and child-care costs accounted for another 4 million downward sliders.

Certainly much more than health-care reform is needed to combat the rise of American impoverishment. Without legislation to protect workers’ rights to join unions, for example, it will be almost impossible to significantly improve the abysmal conditions of low-wage workers. But in the nearest term, the health-care battle is a must-win, even if victories are never entirely complete.

THE ABSOLUTE number of poor people in America is pushing 40 million—about the same number as when Michael Harrington published The Other America in 1962. The nation’s population is larger now, and thus the proportion of people classified by the U.S. Census Bureau as poor (after factoring in welfare and tax benefits) is now around 16.1 percent of Americans, less than the 20 percent it was when Harrington’s book became a surprise best-seller. The low-income population—of nearly 100 million poor and near-poor individuals—is larger than when Harrington was writing, partly because millions of poor Americans were lifted above the poverty line by government benefits that did not exist then. For example, without the earned-income tax credit for the working poor, passed by Congress in 1975, 6 million more people would have been poor in 2011.

Shortly before his assassination, Dr. King adopted Harrington’s language and spoke of poverty as the “Other America,” where life has

a daily ugliness about it that constantly transforms the ebullience of hope into the fatigue of despair….In this America people are poor by the millions. They find themselves perishing on a lonely island of poverty in the midst of a vast ocean of material prosperity.

Most of the twentieth century witnessed progress toward improved health care and reductions in poverty, especially withs Social Security insurance (1935) and Medicare (1965), which reduced poverty among the aged and disabled. After steady poverty declines in the 1990s (even as income and wealth inequalities widened), poverty rates increased rapidly during last the Bush administration, even before the economic crash of 2008.

One finds little in today’s news to offer hope that the trends might soon be reversed. Congress remains deadlocked over extension of the Bush tax cuts, Republicans oppose even the most modest efforts to invest in the economy, or even to extend unemployment benefits, and the conservative Supreme Court justices may overturn the Affordable Care Act. It is also difficult to see how a distracted and fretful middle class can be influenced to care about people just below them who are living in poverty. So many seem fixated on “reality TV,” while others worry about their own precarious hold on the elusive American Dream while blaming the poor for their failure to succeed.

But it is precisely the fear of sliding into financial stress, especially the fear of losing access to health care, that could fix public attention on the real choices at hand, rather than on the phony realities of TV land. As Michael Harrington told anyone who would listen, in the face of strident reaction and attacks on the less powerful and more vulnerable among us, we must appeal to Americans’ strong sense of common decency—in this and every political season.

William Kornblum is a professor of sociology at the City University of New York and a member of Dissent’s editorial board.

Image from “The Catholic Workingman” by John Wheatley, 1909