White supremacists are seeing the limits of what they can achieve electorally. Now, the raging fear Trump inflames threatens escalating violence.

First in SDS, then in the labor movement, Paul Booth embodied that remarkable, and rare, combination of ideals and strategy. A left that hopes to win has much to learn from his example.

A leader in a movement that was already ambivalent about leadership, Tom Hayden was incandescent—all intensity, all intelligence, full of a righteous indignation that I shared. 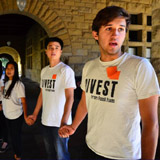 While fossil fuel companies and their political allies continue to fulminate, they are losing ground with public opinion—thanks in no small part to the divestment movement on college campuses.

This post originally appeared at TomDispatch.com. Less than two weeks have passed and yet it isn’t too early to say it: the People’s Climate March changed the social map—many maps, in fact, since hundreds of smaller marches took place in 162 …

For Marshall Berman, the street was not just the site where modernism was enacted; it was modernism incarnate.

After November 6, 2012, the big sound rippling around the world was not a chorus of bipartisanship, not a whoop of euphoria, but a collective sigh of relief. Still, it must not be forgotten that nearly half of America’s voters …

Now, the next phase of a 99 percent movement needs to get—and keep—busy. Why do I say “next phase”? Because the Occupy movement that came about in 2011 has accomplished just about as much of its mission as possible.

Todd Gitlin: In Chicago, Throwing Down the Gauntlet

Todd Gitlin: Expertise, Dogma, and the Journalism of Crackpot Ideas