As the 2008 financial crisis made clear, without major change at the European level, social democratic responses to the coronavirus crisis will be out of reach for many countries across the continent.

After decades of relative stability, Western elites forgot how precious and precarious liberal democracy really is.

Marx’s social-democratic critics recognized a fundamental point that the great economist missed: that a better world was not inevitable, but achievable, and that their job was to bring that world into being through politics.

Pundits fretting about a “tyranny of the majority” would do well to remember that democracy has always been a precondition of liberalism—not the other way around.

Once an anchor of European social democracy, Germany’s Social Democratic Party has suffered its worst loss since 1932. Can it reclaim the mantle of opposition from the far-right AfD? 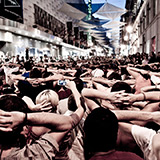 Anarchists are better dreamers than doers. A successful movement requires compromise, organization, and leadership to actually get things done.

With a counter-argument by Marina Sitrin.

Making Capitalism Fit for Society by Colin Crouch Polity Press, 2013, 216 pp. Europe is going through its most difficult period since the Great Depression and the Second World War. Growth rates for the Eurozone overall have been flat this …

Despite widespread economic problems and suffering, there has been no upsurge in support for the European left. The articles in this section examine left parties’ current attempts to deal with these challenges.

How to Change the World by Eric Hobsbawm Yale University Press, 2011, 480 pp. Eric Hobsbawm is one of the great historians of the past century. His books and essays are beautifully written, full of stimulating insights, and able to …