Fast food workers in North Carolina are on strike today after being deemed “essential workers” yet treated as anything but.

A Domino’s delivery driver decided to stop working in unsafe conditions. He worries a coworker with respiratory problems “will most likely work until he is dead.”

“Do they plan to just keep replacing people as they get sick, quit in fear or burnout, get quarantined, self-isolate, or die off over the coming weeks or even months?”

The coronavirus pandemic is forcing politicians to act in ways that just weeks ago seemed unthinkable. And activists like the Reclaimers are opening the cracks still wider.

“This is about reviving a labor movement that really fights for the working class.”

Even in its weakened state, the labor movement remains the largest organizational counterweight to capital and the power of the wealthy. 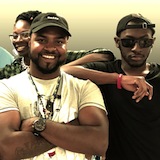 Verizon keeps trying to stop wireless workers from organizing. Instead their union is expanding.

James Connolly’s legacy is often wrongly shrunk down to that of a martyr for Irish freedom. A new collection of his writing aims to correct this record and reclaim him for the left.

Now we know the issue that unites women across workplaces is abuse by more powerful men, how do we come up with demands that move beyond naming and shaming?

Walking off the job for the first time in nearly thirty years, West Virginia teachers are channeling the spirit of their state’s historic, militant labor movement.

How “There Is No Alternative” gave us Donald Trump.

What do Black Friday, chicken nuggets, and Christopher Columbus tell us about the history of capitalism? We ask Raj Patel and Jason W. Moore, authors of the new book A History of the World in Seven Cheap Things.