The high-school students organizing against gun violence in the wake of the Parkland shooting could spark a much larger movement.

In a moment when the left remains small and weak, ideological purity is almost certain to be self-defeating. We need every ally we can find.

Recent victories against ISIS in Iraq and Syria have come at tremendous human cost. Such casualties are not inevitable—and those responsible must be taken to task.

As Marshall Berman wrote, reading Capital won’t help us if we don’t also know how to read the signs in the streets.

Suddenly, everyone on the left is talking about resistance. This is something we should celebrate—while recognizing that it is only half a politics.

Internationalism, first and foremost, requires a commitment from leftists to listen to our comrades abroad.

Someone on the march told me that this was the best line I had ever written. But I didn’t write it. It was a collective product, written down by my grand-daughter. The “grand” is in parenthesis because my daughters are also nasty women. And my wife has been a bolshevik feminist since she was twelve. I am absolutely certain that they will win. 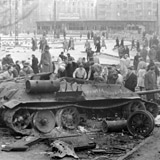 Struggles for democratization are always local struggles: the first thing their protagonists want is a state governed by the people who live in it. We must relearn how to support them. 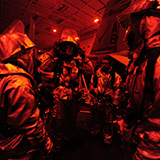 The war against ISIS, as it is currently being waged, cannot be called a just one.