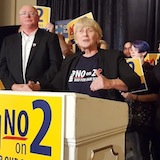 Massachusetts Teachers Association President Barbara Madeloni joins us to talk about an election victory for public education, and how labor should respond to Donald Trump. 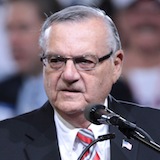 We look at some bright spots from the election, including the story of how a unique labor-community coalition in Arizona helped defeat the reelection bid of the infamous bigot Sheriff Joe Arpaio. 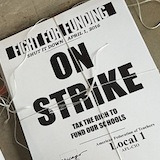 Jane McAlevey joins us to talk about her new book, No Shortcuts, strategies for workplace organizing, and what’s wrong with Saul Alinsky. 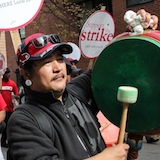 We speak with two Harvard workers, Kecia Pugh and Anabela Pappas, and UNITE HERE organizer Tiffany Ten Eyck about the ongoing strike at the country’s most elite university. 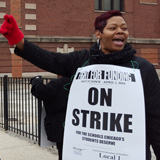 The Chicago Teachers Union is on the verge of another major strike—one that could be even longer and nastier than the union’s landmark 2012 fight. Public school teacher and CTU activist Sarah Chambers lays out the stakes. 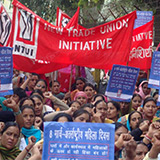 Last week’s general strike in India might have been the largest strike in history. 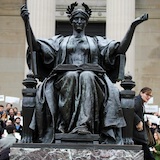 Lindsey Dayton from the Graduate Workers of Columbia joins us to talk about the recent NLRB ruling that graduate students who work for private universities are employees and have the right to unionize. 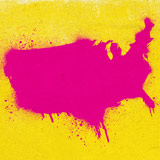 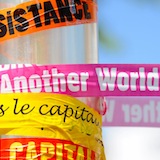 A sneak preview of the labor events happening at the World Social Forum next week in Montreal. 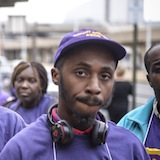 Airport workers at the Philadelphia International Airport just voted to strike next week during the Democratic National Convention. SEIU 32BJ Vice President Gabe Morgan joins us to explain why. 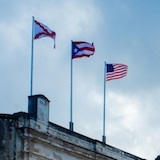 Puerto Rico’s debt crisis has been a long time in the making, but will the solutions advocated by the U.S. government make it any better? 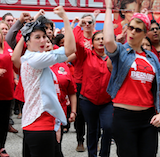 Jean Ross, co-president of National Nurses United, joins us to talk about the nursing strike in Minnesota. Plus: audio from NNU Executive Director RoseAnn DeMoro’s People’s Summit speech on why we need to fight neoliberalism now.