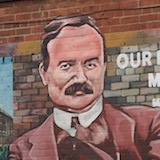 Division still rules politics in Northern Ireland. But some organizers are working to reach across the walls.

Three labor organizers talk about their work combating racism and fighting for workers’ rights in the South. 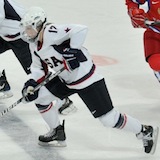 An interview with Olympic silver medalist Monique Lamoureux-Morand on why the U.S. women’s hockey team are threatening not to play in the upcoming World Championship. 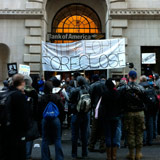 Nancy Daniel’s mortgage was repackaged and sold so many times that it was unclear who actually owned the house, until she started getting letters threatening foreclosure. Occupy Our Homes Atlanta helped her fight back. 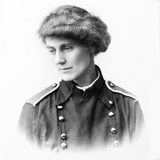 “No one likes a woman who yells loudly about revolution,” wrote Rebecca Traister in February. She was writing about the presidential election, of course, but the words stuck with me for months, especially when I was in Ireland this March …

An interview with Daniel Oppenheimer about his new book Exit Right, a survey of the twentieth-century American left, seen through the eyes of six men who left it behind and turned to the right. 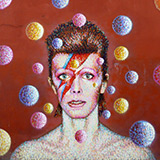 David Bowie’s lyrics were hard to mine for political content, but his songs will continue to suit moments they were never written for.

What if the prize you win for landing that dream job is just more stress, more pressure, and still not enough money or free time to enjoy it?

Taking a cue from punk icon Viv Albertine, today’s feminists should dare to want more—and forget about asking for it nicely.

The problems of Brooklyn’s gentrifying neighborhoods won’t be solved by a housing-market version of “ethical consumption.” It’s going to take collective action. And a new tenant movement is leading the way.

While we debate the travails of some of the world’s most privileged women, most women are up against the wall. And yet for much of mainstream feminist discourse, it’s as if the economy hasn’t shifted, or as if there’s nothing about it worth examining from the standpoint of gender.