The diversity of the initial roster of Democratic presidential candidates pushed all of them to speak about their commitments to battle racism and gender inequity. But it wasn’t enough to transform the political landscape in which they competed.

For those active in the movement, Black Lives Matter provided a vision of the future that would allow black people to do more than simply survive.

On the fifth anniversary of the Ferguson Uprising, we can draw new life from the struggles that have made it possible to imagine a world in which black lives indeed matter.

Carol Anderson discusses the numerous strategies Republicans are using to keep voters of color away from the polls, and how progressives can overcome them heading into the midterms and beyond.

Liberals owe Doug Jones’s win to a rich history of black women’s organizing in the South. When will they really start listening? 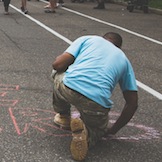 To ask what the future of Black Lives Matter has to do with Dallas is to believe that the killing of police officers is bound up in the actions of the movement. But this tragedy won’t end the movement, because the movement did not cause this tragedy. 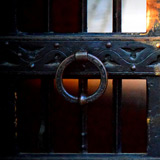 Student activists—often victims of harassment, bias, and threatening language—occupy buildings not in the name of disarming free speech, but rather to remind colleges and universities that they are rightfully evaluating and critiquing the speech they hear and internalize.

The Martin Luther King, Jr. holiday is one of the few in the United States that invites us to strike a reflective pose. Each year communities volunteer in massive service projects, children don their Sunday best and memorize great works of …

The #FergusonSyllabus has organized a disparate population of scholars and students into a virtual movement using Ferguson to frame how struggle has shaped American history.