If Democrats take back political power in November and want to seriously address the plight of migrants and the undocumented, they’ll need to rebuild immigration policy from the ground up.

The American public does not support mass removal of immigrants. And by turning cities and campuses into sanctuaries against raids and deportations, we have the power to stop it. 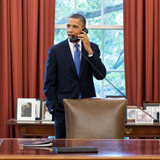 Obama’s executive orders on immigration, currently pending at the Supreme Court, would relieve millions of immigrants of the worst burdens of undocumented life. But no matter how the Court rules, even the immigrants who qualify for DAPA and DACA will remain in legal limbo.

Comprehensive immigration reform is back on the table. Last week a bipartisan Senate “gang of eight” and President Obama both announced their commitment to get a bill passed that would create a path to citizenship for some 11 million undocumented …