We’ve long heard about a decline in democracy. Canceled elections put this state of affairs into stark perspective.

Some Trick: Thirteen Stories by Helen DeWitt New Directions, 2018, 224 pp.   Some Trick is Helen DeWitt’s third book. That is to say, her third published book. She has written dozens of others that haven’t made it from her …

At this moment, it’s hard for me to hope that the Trump presidency and its horrors will mobilize Americans enough. But it must. 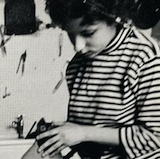 As Jenny Diski acknowledged, describing things as they are—even the unmentionable things—is the first step to making them one’s own. 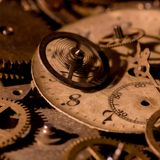 Feminists shouldn’t just call for a better balance between waged work and housework—between work and work. We should do the unimaginable: ask for more time.

“Sledgehammering feminine shame and smearing menstrual blood all over its covenants” isn’t a perfect description of what Kipnis has done with her writing, but it comes close.

The house in Sister Wives looks less like the home of a fundamentalist family than a functional commune.

When the artist Donald Judd bought his loft at 101 Spring Street in the late 1960s, SoHo was beginning to transform from a “blighted” industrial area to a luxury neighborhood. Today, Judd’s loft is a time capsule of SoHo’s transformation, which has become a model for gentrification around the country.

Work, and in particular white, professional woman’s work, is at the center of contemporary feminist discourse. Nancy Fraser’s new book points in a different direction, calling for the re-incorporation of political economy into feminist discourse and for policy changes that would give women more control of their time

A “flexible” corporation requires flexible workers, and as the labor market has shifted, so have the conditions placed on its participants. Flexibility doesn’t just manifest itself in global economic trends. It has now become a central part of the office worker’s performance.

Advertising unpaid internships may soon be illegal in Britain. Last Wednesday, Parliament voted to bring forward a bill, backed by Labour MP Hazel Blears, that would ban job postings that break the country’s minimum wage laws. The bill will not …