Social movements are winning in the arena of public opinion. Now they need champions in places of power who can fight for their demands.

Refusing to hold Israel to the standards to which we hold all other states would be wavering in our commitment to freedom, democracy, and equality. (With a reply from Michael Walzer.)

The four congresswomen who came under attack by Trump are popular—as are their policies. That’s why he is terrified of them.

The late writer’s displays of moral courage will serve as a kind of record for future historians, proof of the efforts of Israelis who did not stand idly by as their country’s skies darkened—as well as proof of their shortcomings. 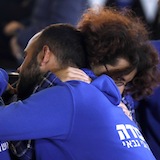 “Traumatized, triggered, shocked.” An immigrants’ rights activist from the Cosecha movement describes the feeling among Central American migrants at the San Diego-Tijuana crossing. 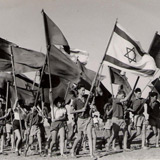 The left must move beyond the false binaries of liberal Zionism and embrace a post-Zionist politics of civil rights and nonviolent resistance.

With a counter-argument by Susie Linfield.

Ethiopian-Israelis face systematic discrimination and violence at the hands of the police. But comparisons to #BlackLivesMatter in the United States do not capture the complexities of their situation.