As a new national security law is introduced, we can neither ignore the violence happening right in front of us nor diminish the new struggles that lie beyond.

The current crisis has exposed how little remains of the “one country, two systems” framework.

Chan was given a sixteen-month sentence in April for his role in the pro-democracy protests that began in 2014. While he remains imprisoned, his successors have taken to the streets.

Under Xi Jinping’s rule, conditions for civil society are worse in China today than they have been for more than two decades. Yet in spite of ratcheted up forms of control, protests continue.

An illiberal tide is wreaking havoc at both ends of Eurasia. But activists are finding brave and creative ways to push back against authoritarian regimes. 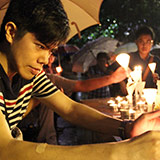 China’s leaders remain determined to control the flow of information about sensitive subjects like the Tiananmen Square massacre of June 4, 1989. But that doesn’t mean simply pretending they didn’t happen. 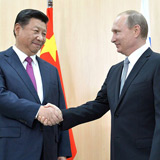 By the early 1990s, the contrasts between the world’s two former Communist giants seemed to far outweigh the similarities. Twenty years later, the countries have a surprising amount in common again. 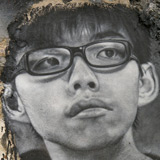 Last week, while some commentators mused on the possibility of Pope Francis and Xi Jinping bumping into each other during their dueling high-profile U.S. tours, I pondered instead what two much younger men would say if they ran into each … 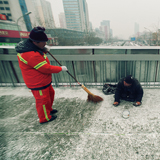 Ninety-five years ago today, Beijing students gathered in front of Tiananmen, the Gate of Heavenly Peace, and launched a mass movement against corruption and foreign bullying. Seventy years later, in 1989, student protesters would gather at the same spot to claim the May Fourth mantle—only to be brutally repressed.

Yesterday, students ended a three-week occupation of Taiwan’s legislature. To help explain the causes and meaning of the protests, and place them in historical perspective, Jeffrey Wasserstrom speaks with Shelley Rigger, a political scientist, Taiwan expert, and author of Why Taiwan Matters: Small Island, Global Powerhouse.

Early in 2013, as Xi Jinping prepared to take over leadership of China, some high-profile Western analysts were cautiously optimistic about where the country was heading. But far from bringing a longed-for “easing” of controls on expression and civil society activities, the Year of the Snake often saw the ratcheting up of mechanisms of control and intimidation. As we move into the Year of the Horse, Jeffrey Wasserstrom brings together four legal experts to discuss.