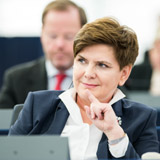 Does the conservative Law and Justice party’s victory represent the resurgence of populist nationalism in Eastern Europe? Perhaps. But it also represents something equally troubling about Polish politics: there are no left-wing alternatives. 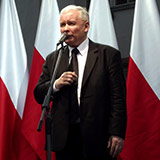 In the post-1989 era, “there is no alternative” became not only the slogan of Poland’s economic transition but a very palpable reality. Today, as Poles celebrate #25yearsoffreedom, aggressive free-market reforms are still the order of the day, and the right is rising. So what does Poland’s post-communist generation actually have to celebrate?

Since the end of the Communist regime, Poles have celebrated their Independence Day on November 11. Under conservative governments, marches on November 11 have become expressions of national chauvinism and homophobia, punctuated by outbursts of violence.

In September Poland went on strike. In many countries struck by economic hardships and severe austerity measures, a mass strike would be no news at all. But in a country where media relentlessly reiterate the dogma that the general public is “passive” and there are no unions “worth reasoning with,” this is news indeed. It also raises questions about the relationship between today’s protests and the original Solidarity movement.