The afterlife of The Romance of American Communism shows that no political movement ever really ends. We bear the weight of dead generations—and sometimes living ones, too.

The Green New Deal is a wager that more democracy, rather than less, is the way to tackle climate change.

Bruno Latour’s flirtations with the paranoid style of climate politics are a summation of ideas long in the making—ideas that those attempting to preserve a planet shared by all will have to take into account, but will also have to reach beyond.

Long dismissed as utopian, proposals for a universal basic income are now gaining traction on both the right and the left. But UBI’s supporters on the left should proceed with caution. 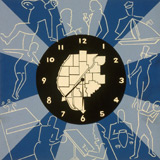