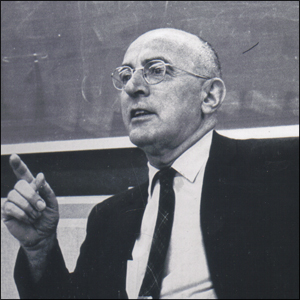 B.J. WIDICK recently passed away at the age of 97. His death brings to a close the rich and lengthy life of a notable figure in the trade union and socialist movements. Born in a Serbian village in 1910, Widick moved with his parents to Akron, Ohio just prior to the First World War. Upon graduating from the University of Akron, he became a journalist at the Akron Beacon-Journal. Caught up in the wave of labor strife that swept through the industrial Midwest during the 1930s, he actively participated in strikes in Toledo and Akron and played an important role in the legendary ‘sit-down’ strikes of 1935-1936 at the General Motor plants in Flint, Michigan and Anderson, Indiana. During this period of his life, he was a member of the newly created American Workers Party and established the research department of the United Rubber Workers.

In 1938, he was a founding member of the Socialist Workers Party (SWP), a party that was a merger of the American Workers Party and the expelled American Trotskyists faction from the Socialist Party. Later he and fellow followers of Max Shachtman broke with the SWP and formed the Independent Socialist League (ISL). He served as editor of the ISL organ, Labor Action, and was full-time director of its Chicago and Los Angeles branches.

During the Second World War, he served as a sergeant in the Army’s Special Training Program. At the war’s end, he became an assembly-line worker in Chrysler’s principal Detroit plant, where he rose to the position of chief steward for the UAW Local 7. While at the UAW Local 7, he studied labor economics at Wayne State University and became a staff economist for the UAW, joined the faculty of Wayne State and then Columbia University’s Graduate School of Business. His classes at Columbia often served as meeting places between future business executives and numerous labor leaders who appeared as guest lecturers. In 1983, he retired from teaching and moved to Ann Arbor, Michigan where he spent his final years.

Over the years, he authored many books and articles on labor and union politics. From 1958 to 1960, he was the Nation’s labor correspondent and he also published many of his essays in the pages of Dissent. He co-authored with Irving Howe the highly regarded The UAW and Walter Reuther and also wrote Labor Today: The Triumphs and Failures of Unionism in the US and Detroit, City of Race and Class.

Here is a list of some of his articles from our archives:

Photo courtesy of the Widick family