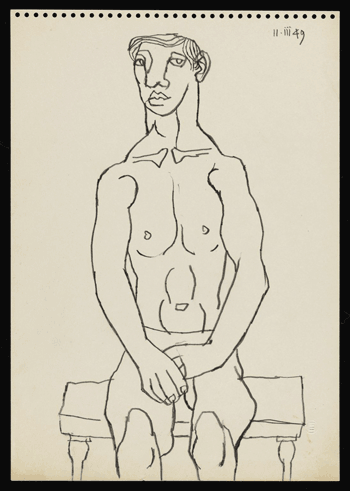 If a novel gains its reader’s regard but not her affection, does she like it? Can elaborate structure and byzantine allusions compensate for craving characters’ company or caring what happens? How good can a book be, really, if it isn’t funny? Is space there to be filled? Of the questions posed and, alas, prompted by The Sparsholt Affair, Alan Hollinghurst’s sixth novel, perhaps the most pressing is this: what do we owe to bad books by authors we love?

Acclaimed for their fine-tuned sentencecraft, perfectly-pitched social satire, and evocative explorations of the lives of gay men, Hollinghurst’s most successful novels refract the mores of a specific milieu or historical moment through the gaze of a protagonist exploring his sexuality, his class position, and his aesthetic point of view. By hewing close to the maturation of the aptly-named Nick Guest, a graduate student boarding with the family of a Tory MP in 1980s London, his masterpiece The Line of Beauty (2004) managed to encompass—and transcend—AIDS elegy, comedy of Thatcher-era manners, Henry James homage. Sparsholt, for its part, borrows the blueprint of the author’s previous novel, The Stranger’s Child (2011): a century-spanning, multifocal story dispensed in several novella-length installments. Together, this pair of novels signals a departure from the intimacy of his earlier fiction, toward longer arcs of intergenerational estrangement and narrative occlusion.

As one of these young men remarks, the surname Sparsholt “sounds like part of an engine, or a gun,” and indeed he functions as a lever within the narrative machine. Thei...