Know Your Enemy: God, Death, and the Pandemic

Know Your Enemy: God, Death, and the Pandemic

Sarah Jones discusses her recent essay, “An Atheist Reconsiders God in the Pandemic.”

Following Mexico’s Supreme Court ruling to decriminalize abortion, feminists in the country continue to help people access care. Their work can serve as a model for U.S. activists navigating the limits of state health services.

Student experiments in DIY justice point to the shortcomings of the current Title IX system in confronting sexual harm on campuses.

Introducing our Fall 2021 special section, “Back to School.”

The issues most important to Michel Foucault have moved from the margins to become major preoccupations of political life. But what did Foucault actually teach? 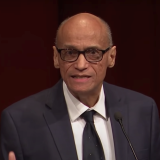