We cannot make the most urgent infrastructural investments of our lifetimes with gentle signals to financial markets. The clearest path forward is to embrace the capacity of the state.

In Reckoning, Deva Woodly makes a case for radical Black feminist pragmatism, a philosophy “that takes lessons from many twentieth-century ideologies and forges them into a political ethic for our times.” 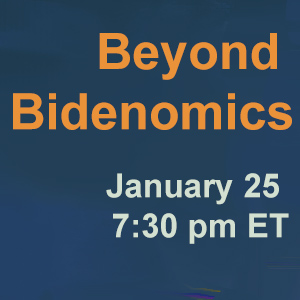 The response to COVID-19 proved that the federal government is far more capable of managing the economy than many people thought. What happens now that Bidenomics faces rising headwinds?

Workers are being asked, once again, to keep working despite a surge in COVID-19 infections. As employers push for a return to “normal,” how should we deal with the risks of returning to work?

The growing militancy of the Republican right is less about an alliance of small business against big business than it is an insurrection of one form of capitalism against another: the private, unincorporated, and family-based versus the corporate, publicly traded, and shareholder-owned.

The work of the left at this moment is to understand what new spaces have opened up and how to build upon them.

Artificial intelligence has often been adopted in ways that reinforce exploitation and domination. But that doesn’t mean we should greet all new AI tools with refusal.

Desire is shaped by social assumptions and prejudices, Amia Srinivasan argues in The Right to Sex. So what does one do about it?

A look at our most-read articles this year.

The election of Gabriel Boric and the ongoing process to write a new constitution present a historic opportunity for the left to shape a new social pact in Chile.